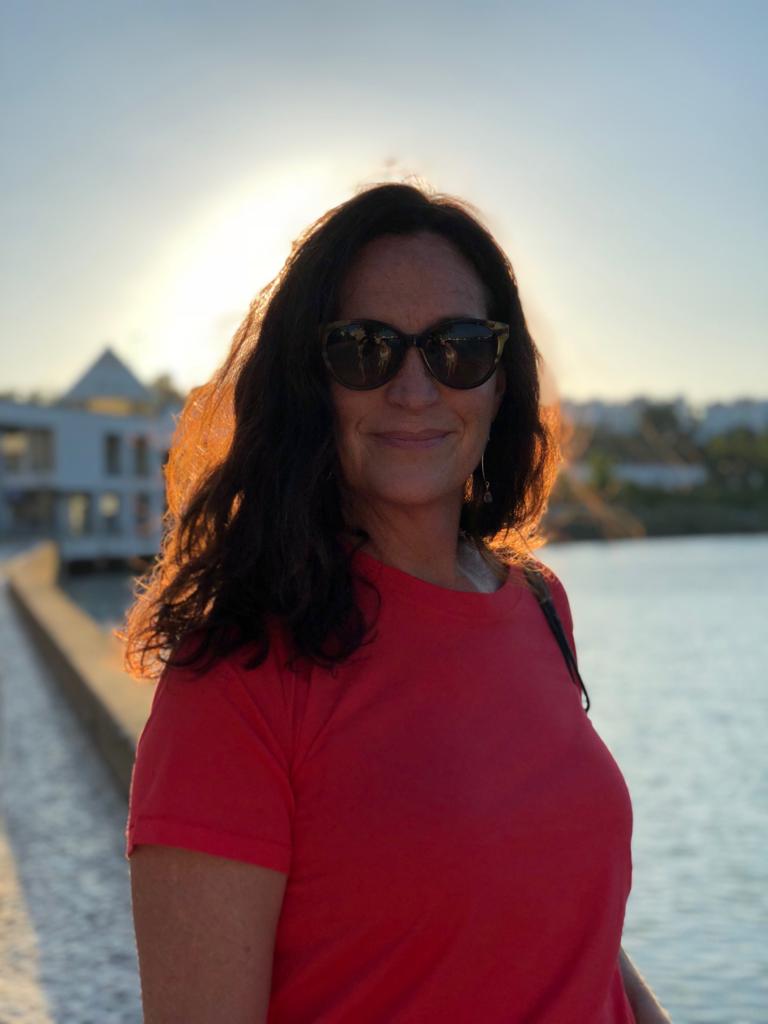 Kristen Hawkes is a Santa Barbara, California based contemporary painter.  Anyone who lingers with one of her pieces for a few moments will ultimately take notice of the splashes of bright and distinctive colors that dance across her canvas.  She typically works in acrylic, often using a palette knife to layer and build her vision.  Her painting style is intuitive and fluid.  Her goal is to stay connected and open to whatever comes with each piece.

Kristen studied formally at California Polytechnic State University, San Luis Obispo graduating with a degree in Applied Art and Design.  She continued her studies at Fashion Institute of Design and Merchandising in San Francisco and Los Angeles, with an emphasis on Fashion Design.  Kristen has worn many creative hats in her career.  After being formally trained as a graphic designer she worked professionally in this capacity for many years.  Continued exploration opened doors in the fields of fashion design, visual display, and advertising. Her past experiences have included running her own businesses as well as working for large companies.  Her diverse career and interest in travel led her to live and work in various communities across the United states (including Los Angeles, Portland and New York), as well as time in Europe.  One of Kristen's most inspiring memories was overseeing a group of designers at an ad agency in Amsterdam.  She found living in Europe and working in this capacity life changing. She followed this experience with time spent painting in San Miguel De Allende, Mexico where she became fully committed to her career as a fine artist.  She has been showing her work in galleries for over 10 years and has private collectors throughout the United States.  Kristen has found pleasure and inspiration volunteering teaching art to kids.